2022-09-16 The competition announcement has changed! | Despite the unfavorable weather, the competition will be held, but the organizers have modified the announcement regarding the UP1 categories. For Kids, only cross-country instead of aquatlon. Regarding Children and Pupil distances, there will be a split aquatlon: swimming in the Veresegyház swimming pool, then running the original distance and terrain. The original location remains for the Sprint distance, the use of neoprems is allowed in the lake. Pre-registration on UP1 distances will be reopened today until 21:00 pm. A new entry can be submitted in place of those who withdraw (DNS).

2022-09-09 Pre-registration deadline extension! | For UP1 (Kid, Child, Pupil) distances only pre-registration is possible, which has been extended until September 11. For Sprint distance can also be entered at a discount until midnight on Sunday. Please indicate the withdrawal (DNS)! Those who do not settle their debt by Monday noon will be deleted from the UP1 start list, and the Sprint entry fee will be calculated at the on-site price.

2022-09-08 START TIMES have changed! | The start time of the races changed depending on the expected water temperature. Sprinters start at 10:00 a.m., Pupils and Children in the early afternoon, and Kids in the late afternoon.

2022-08-22 Changing of organizer and re-opening of entry! | The competition will be organized by Három Mozgás VSE instead of Mátraman SE on September 17th. The previous organizer will return all payments. Only new competitors need to be nominated, please change those who withdraw (REG/DNS) on the portal until 31st of August! In the Finances panel, the recalculated fee must be paid to the HM VSE.

2022-07-05 Event postponed! | The Veresegyháza Aquatlon OB, announced for July, will be held at a later date, as the technical conditions are not sufficient for a safe event. The new date of the national championship will be set shortly - in consultation with the Professional Committee. The Hungarian Triathlon Association is in constant consultation with the Organizer and provides all possible support to hold the postponed competition as soon as possible. 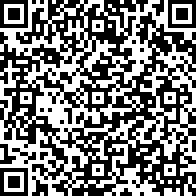 I accept that each Sportsperson participates on their own responsibility!

Login ONDEPU SYSTEM
If you are a registered user, please log in!

For further available entry discounts, please check the official website of the event!